My new abstract artwork has a fiberart sensibility even though the feathers are now fabricated from recycled, fused and sewn plastic bags.  The plastic feathers are screen printed with images of endangered birds and text about species extinction including excerpts from Rachel Carson’s Silent Spring. This seminal work not only inspired a worldwide ecology movement, but also inspired my own ecological artwork and consciousness about habitat fragmentation. Through my research I have become aware of endangered languages that are also at risk of becoming extinct. We are collecting text in various indigenous languages like Purepecha from Michoacán, Zoque and Yakme from Chiapas and Yiddish and Ladino. I continue to be influenced by Latin American textile artists, and ceremonial art created by indigenous Amazonian artists and West African artists whose objects were often decorated with plumage. I spend a lot of time looking at innovative textile and mixed media artists including Olga de Amaral, El Anatsui and Rachid Koraïchi.

(Click on image detail for full view of works) 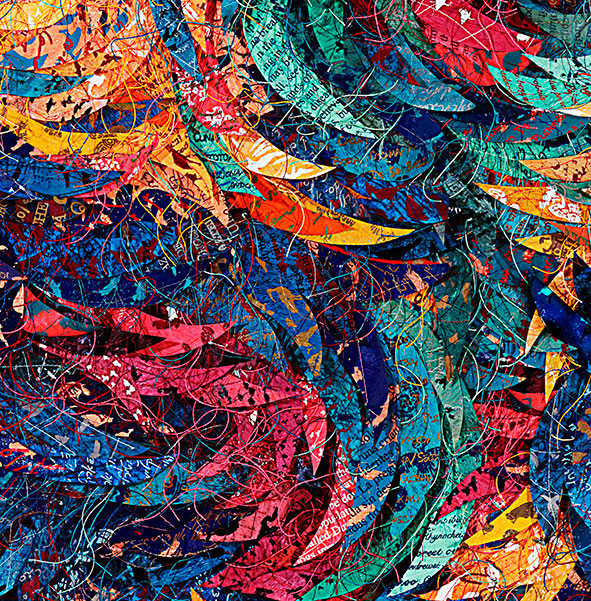 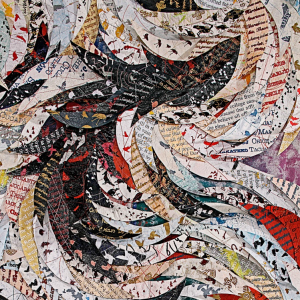 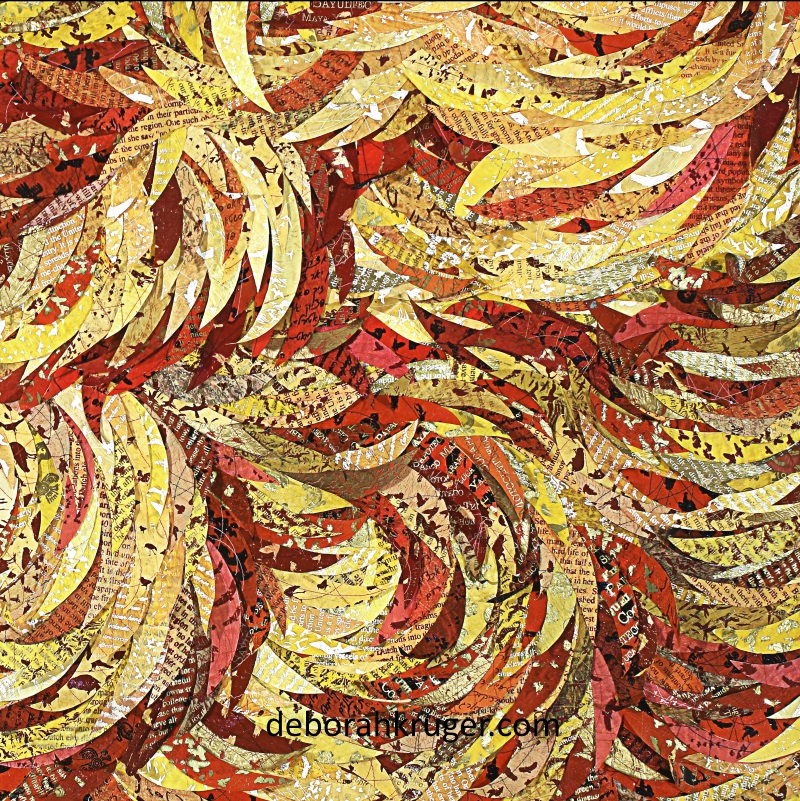 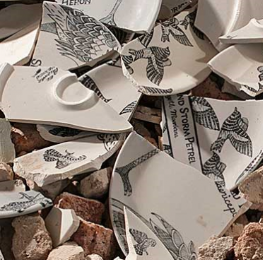 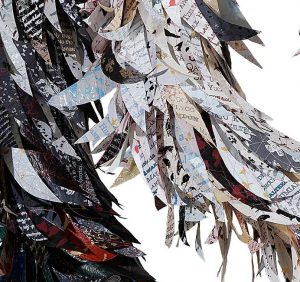 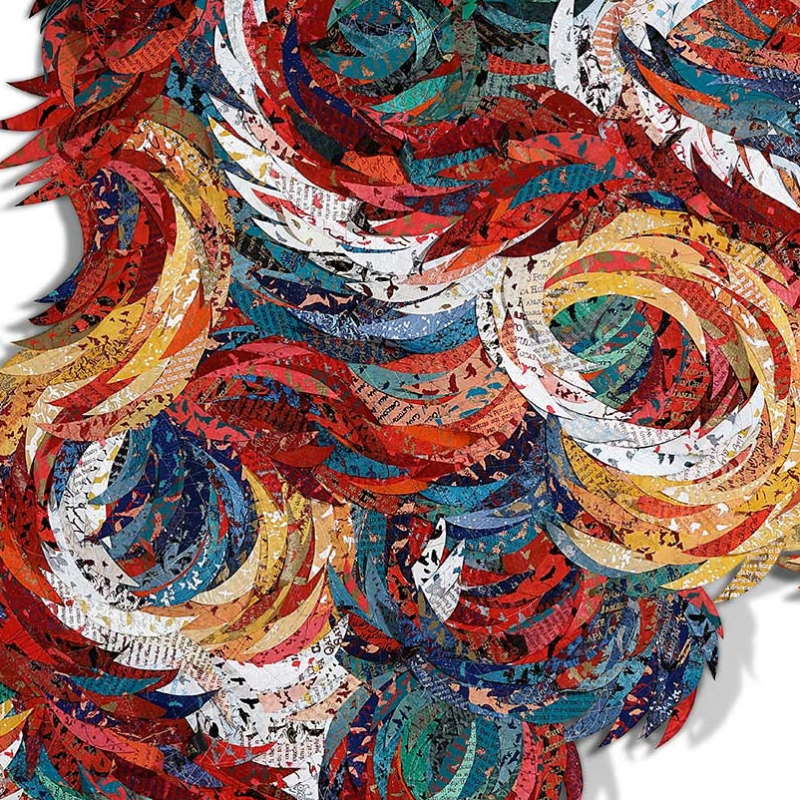 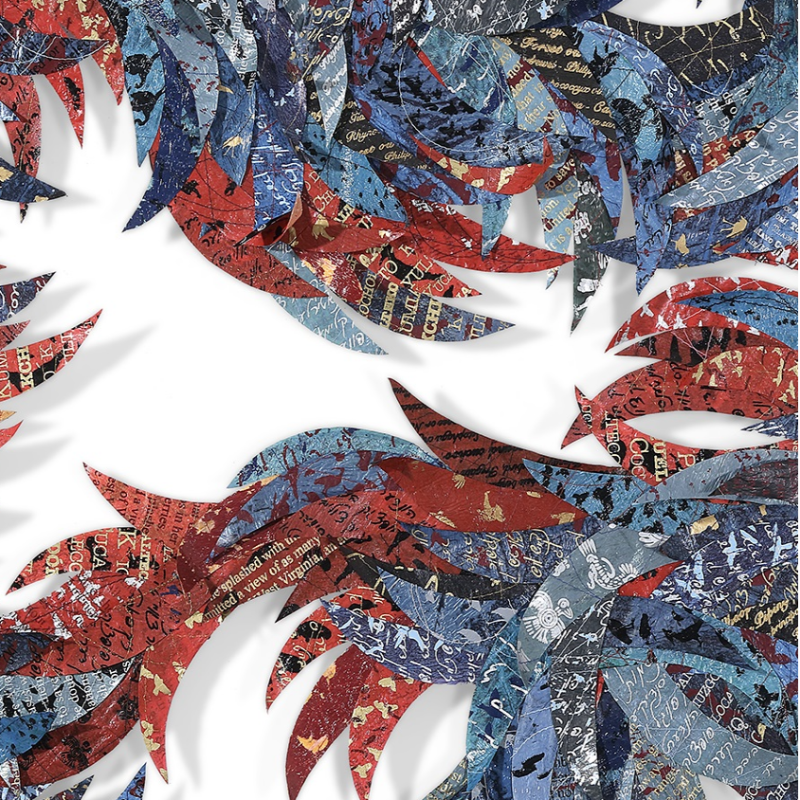 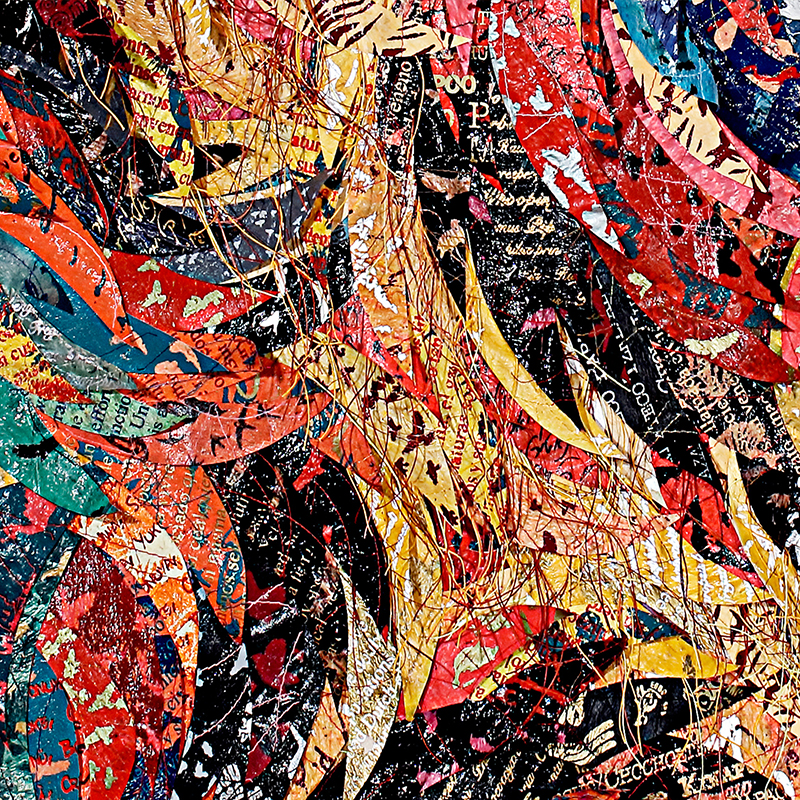 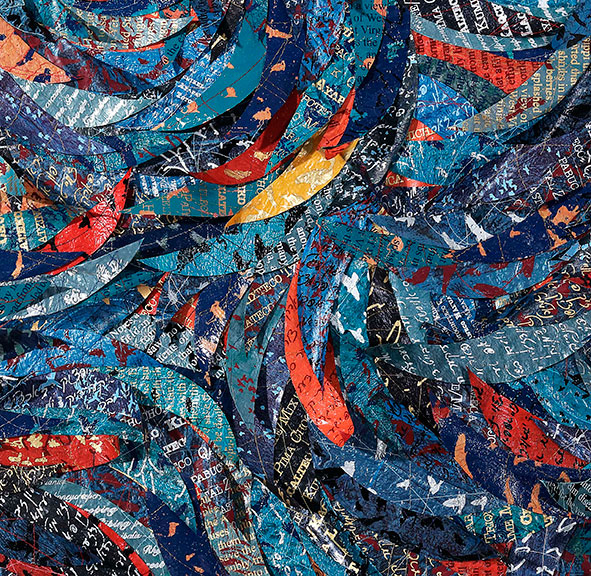 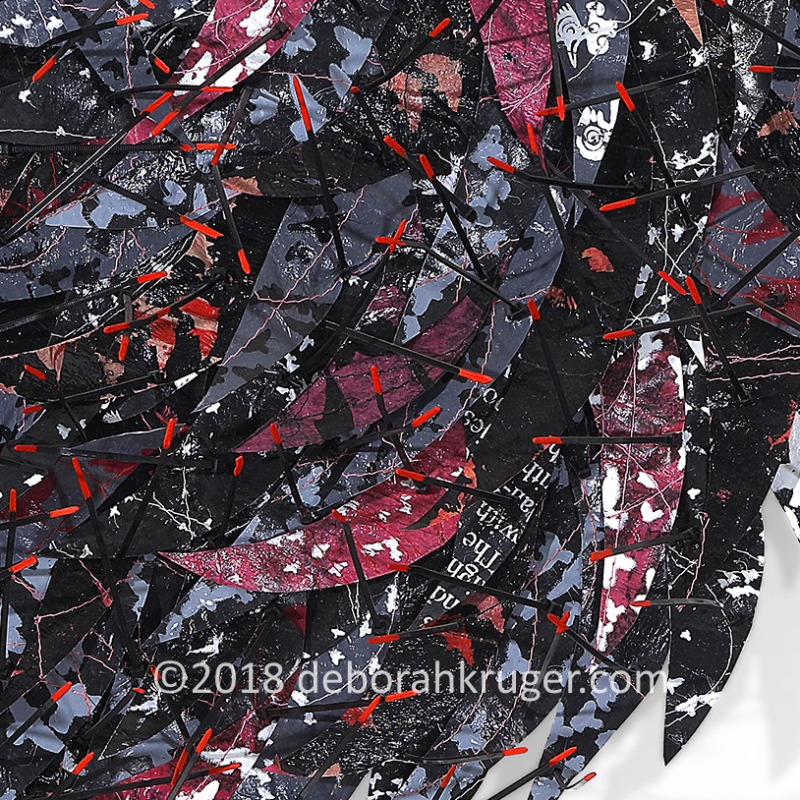 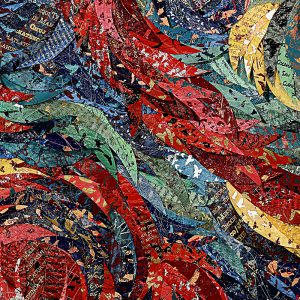 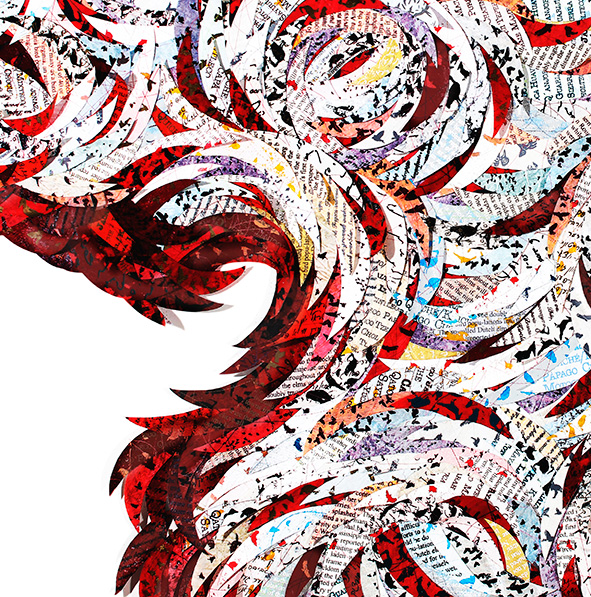 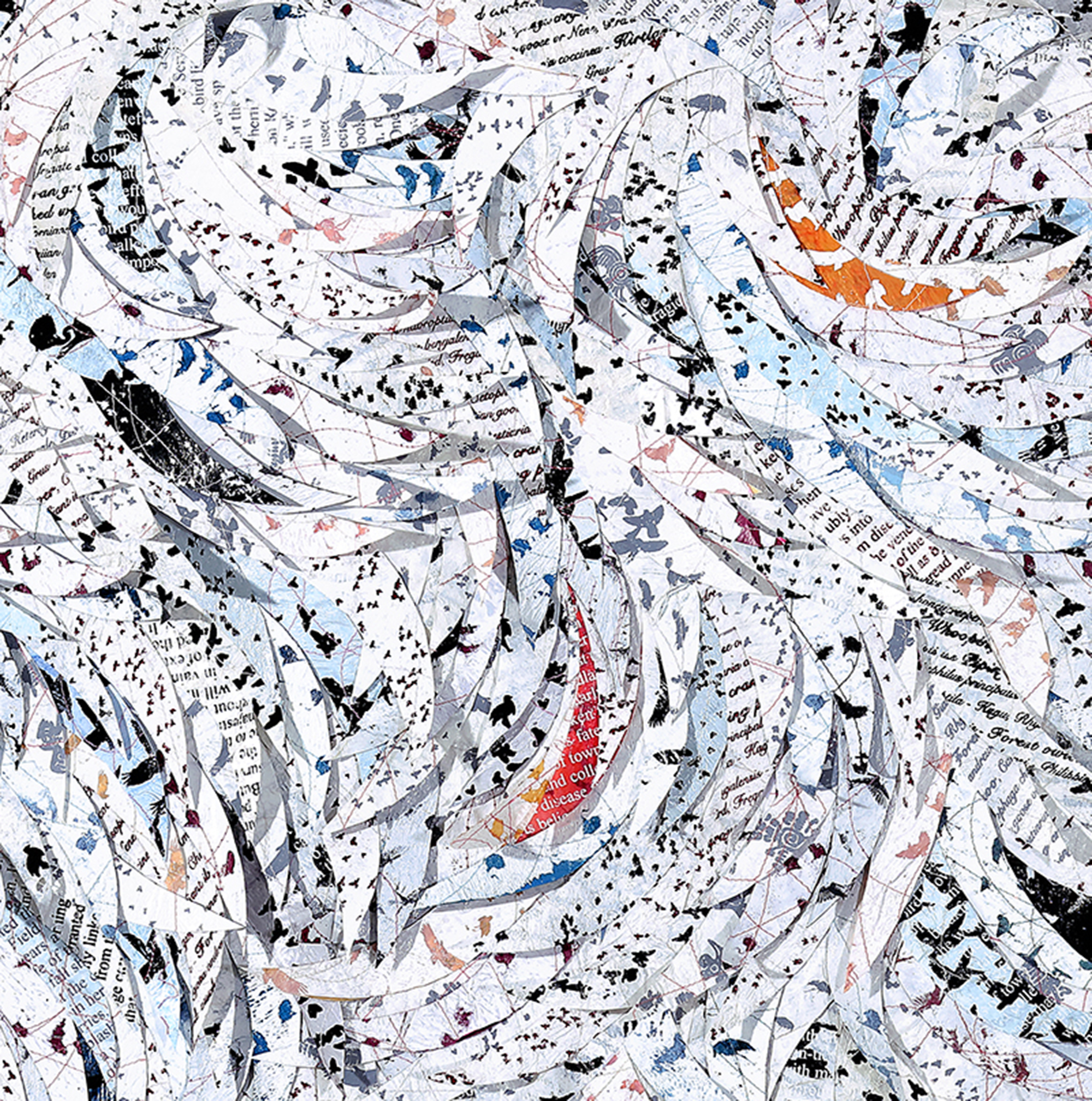 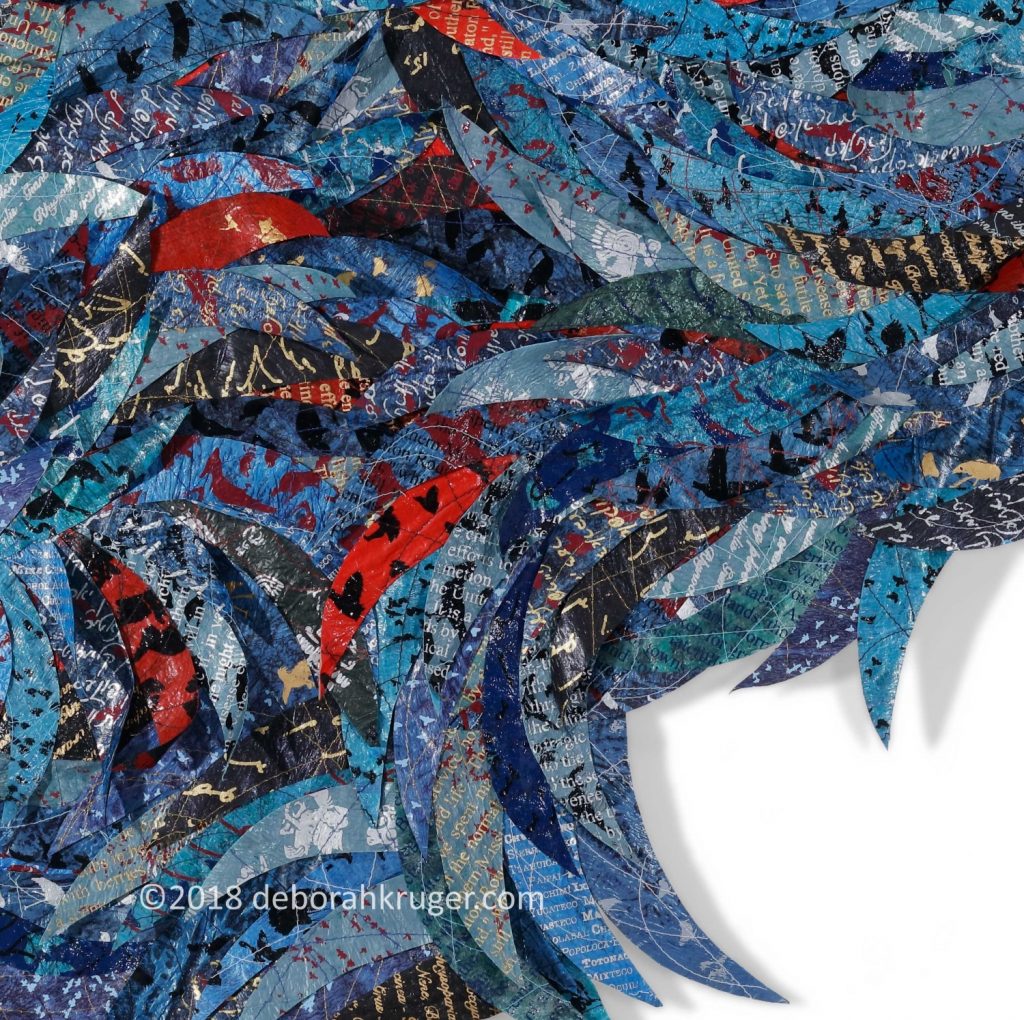 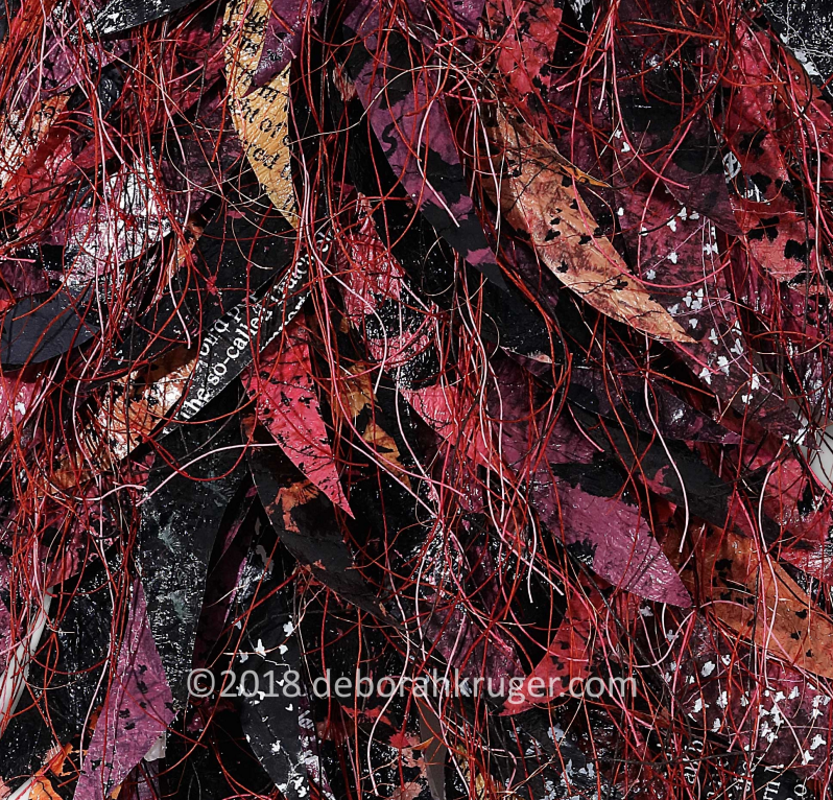