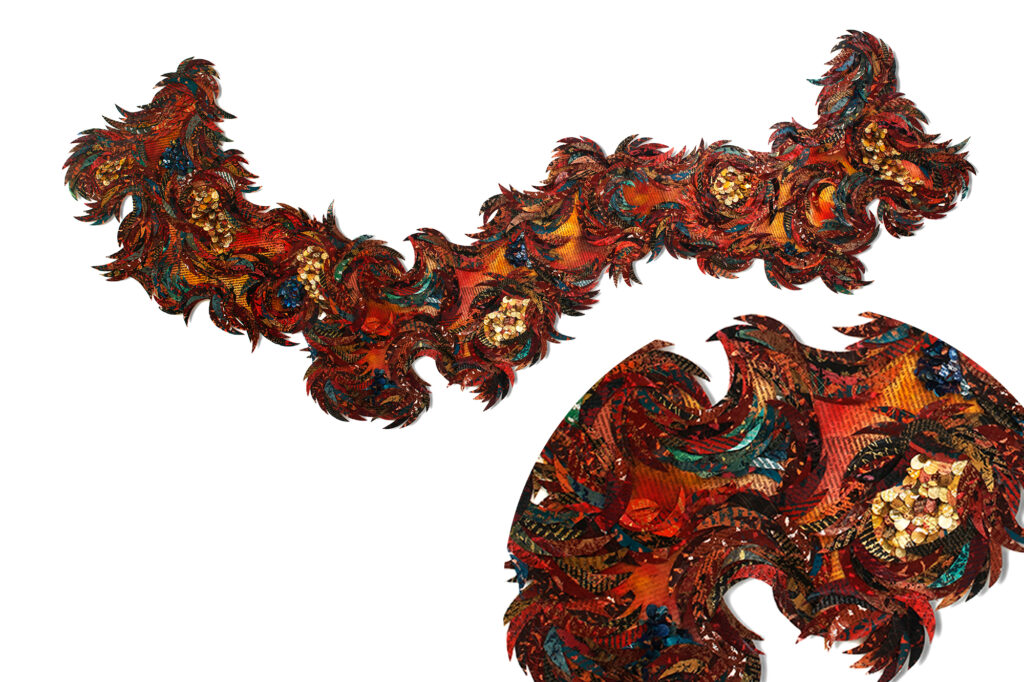 Fragmentation is long horizontal piece made in three sections that are each based on the map of San Luis Potosi, Mexico. In this state, there are many rainforests on the coastal area and clearcuts are threatening many bird species and indigenous languages. The feathers are made from plastic recycled bags screen printed with images of endangered birds and overprinted with text in endangered languages. Fragmentation will debut at Kruger’s solo exhibition at the Centro Cultural de Chapala also known as the Train Station Museum in May 2022.