My Floor as Evidence of Productivity 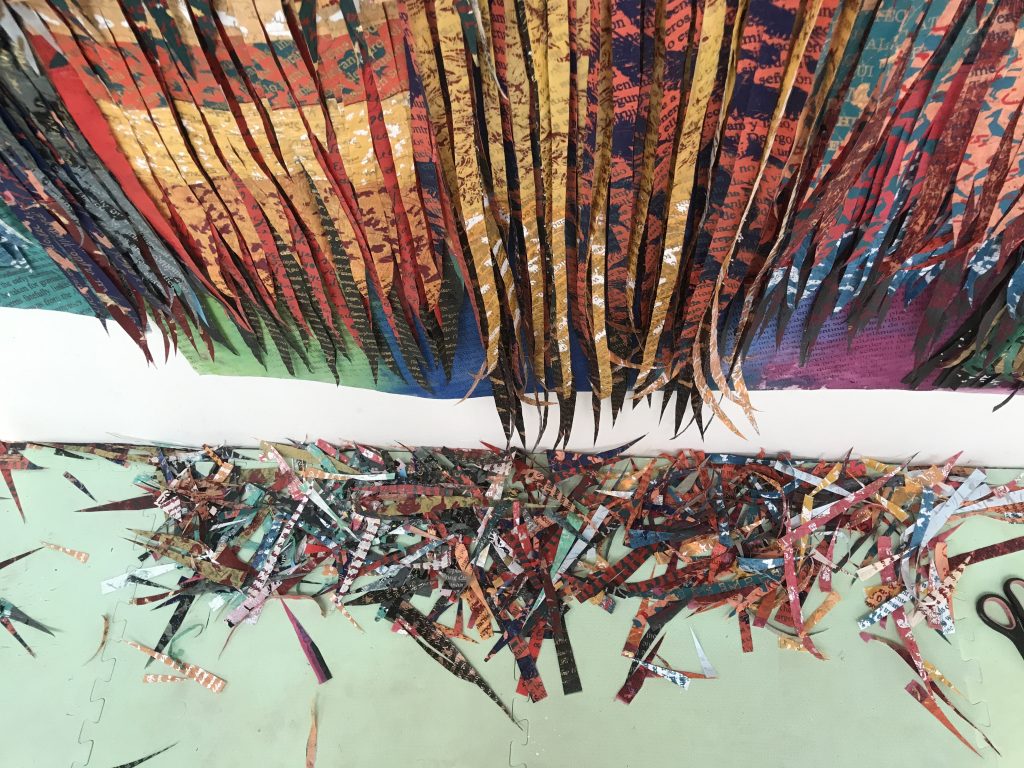 You’re probably thinking, isn’t your work the evidence of productivity? Well, yes and no. Work ebbs and flows. Like most abstract painting, I build up the surface of my work and sometimes tear it down until I get it right. Despite the progress on the wall, the floor becomes the evidence of how much work […]

The Making of Huipil 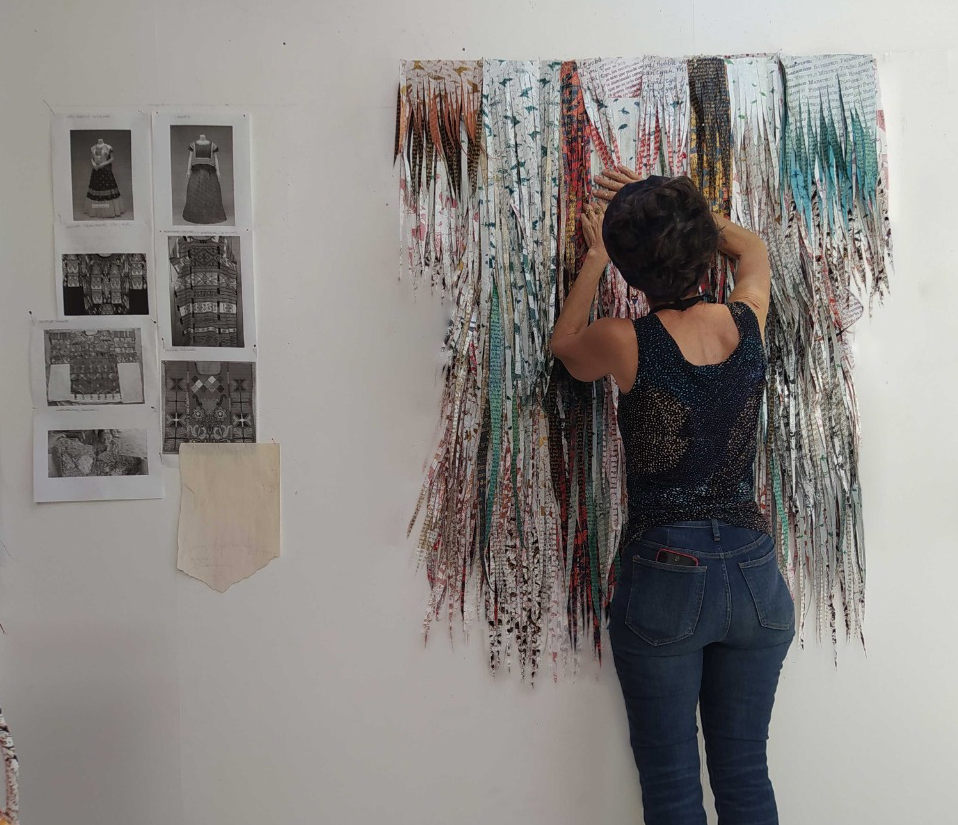 I have just finished my first huipil-inspired piece titled Huipil Blanco. Many of my pieces gestate for a long time and Huipil Blanco was no exception. Like in my piece Kimono, I used the huipil, a traditional women’s blouse, as my inspiration. The references included images of Frida Kahlo’s clothing that are now on view […]

Looking back on 2016 France Residency 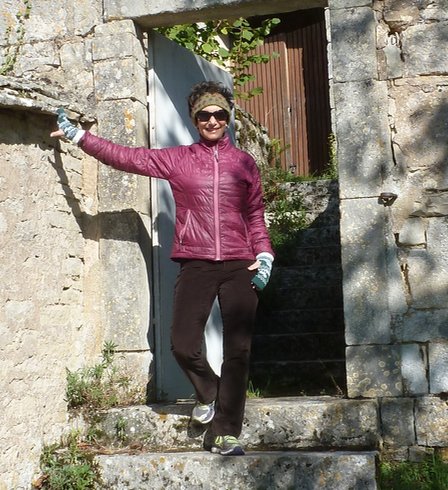 Since it was fall and a bit chilly, there were no other residents. We each had a private bedroom and also a writing or drawing studio. We settled into a rhythm of working most of the day, taking rambles through the beautiful countryside in the late afternoon and making a communal dinner with our Residency […]

Accidentals: The Story of Randomness in Art-making 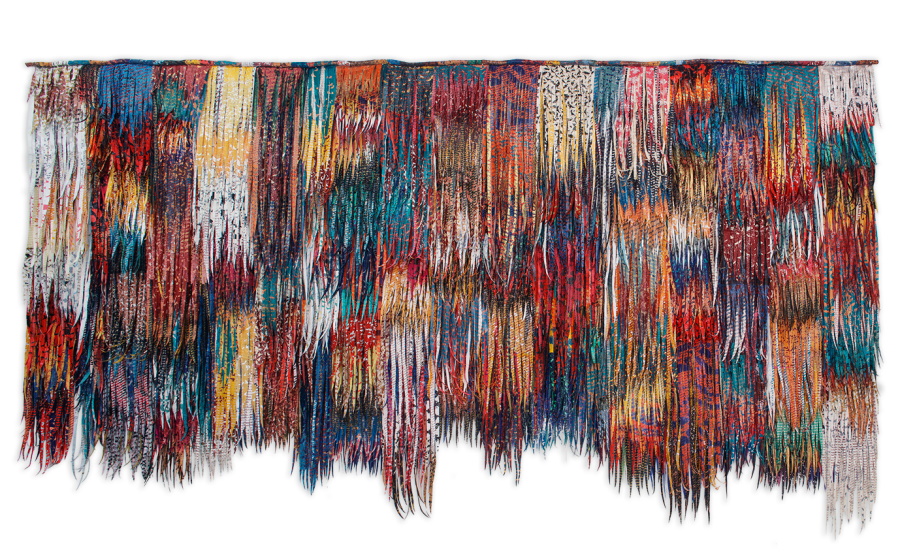 In a recent artist interview in the Textile Curator blog, the curator asked how long a piece took to complete. There was really no way to answer but the story behind Accidentals is a good case in point.

Two years ago I pinned up about 90 sheets of my silk screened plastic sheets onto a wall in my studio. It looked like a crazy quilt. I had an idea about making an oversize artist book. It was interesting but not extraordinary. 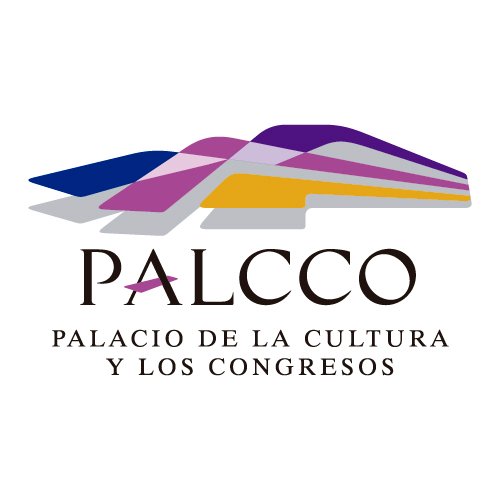 Solo Show Proposal Accepted!
Sergio Unzeta, the curator who was responsible for my solo show in Chapala (2018), has become a big fan of my work and has been shopping exhibition proposals around various venues in Guadalajara. At our last meeting in December, he greeted us with a big grin on his face and announced that his proposal for a solo show had been accepted at the Palacio de la Cultura y Los Congress (PALCCO).

Drawings of Endangered Birds from Artist Residency In France 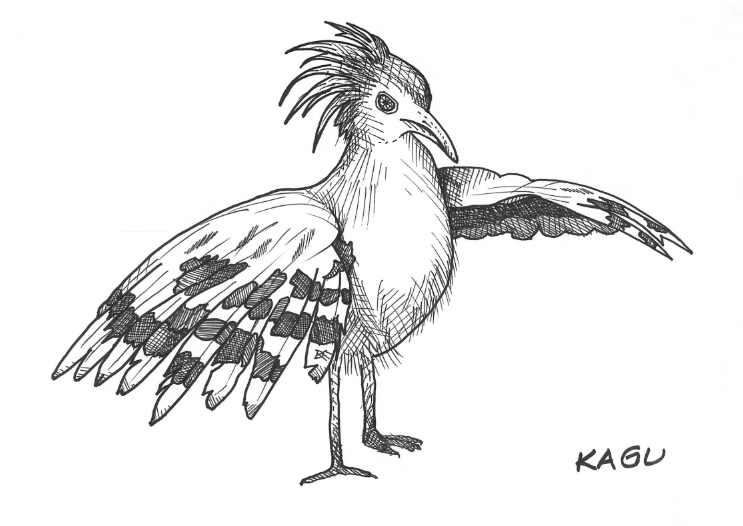 In October 2016, I spent a month at La Porte Peinte artist residency in a small medieval village in central France. I did hours of research about endangered birds, which led to a series of 18 drawings of birds around the world whose existence is threatened by habitat destruction and other thoughtless human practices. 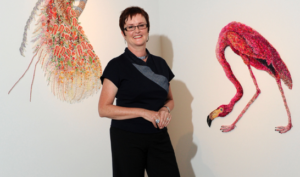 Soon after we selected Louise Saxton, our first resident artist from Australia (see our interview http://360xochiquetzal.com/louise-saxton/), we were contacted by Janet deBoer, the publisher of Textile Fibre Forum, the premier fiber publication in Australia. Janet wanted to do an article about Louise in the context of her upcoming residency. A nice email exchange ensued, during which […] 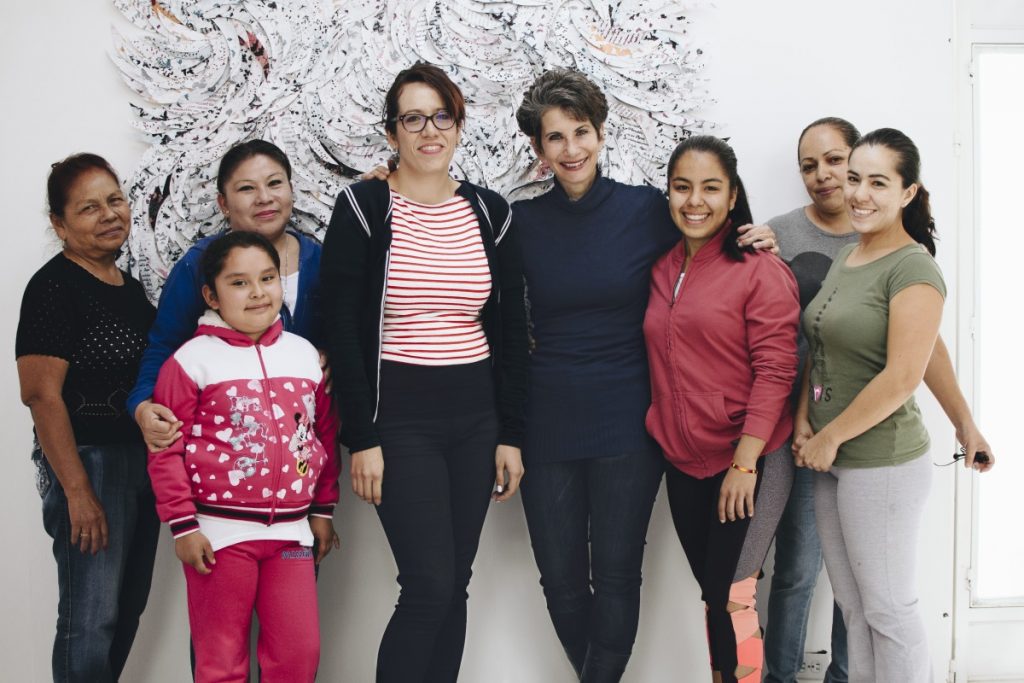 My Mexican Studio Assistants-
Although I have studios in Durham, NC and Chapala, Mexico, most of my production work takes place in Mexico. Due to the vast difference in pay scale, I can afford to employ a team of Mexican women to fabricate my feathers. 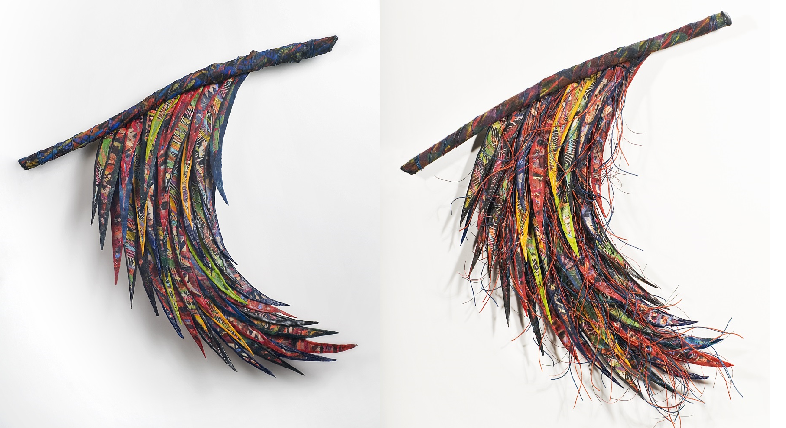 The favorite spice of fiber artists
Even when I worked with fiber and encaustic, I bounced back and forth between letting the wax glow unimpeded versus adding waxed linen and wire to create surface texture. Now that I am creating feathers by screen-printing on fused plastic bags I have started to feel the tidal pull towards adding texture again.

Wandering in the Desert 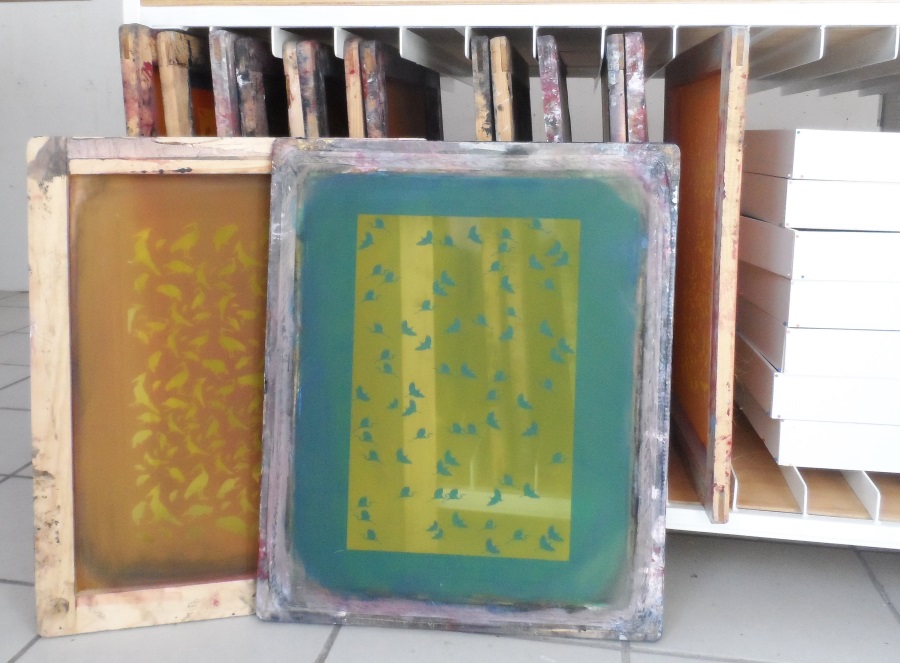 Every summer I jury a couple hundred applications for the 360 Xochi Quetzal Artist Residency Program. One note I frequently write on applications: work and statement both strong but not integrated. One day I snapped to attention because I realized that my pieces were guilty of this too.