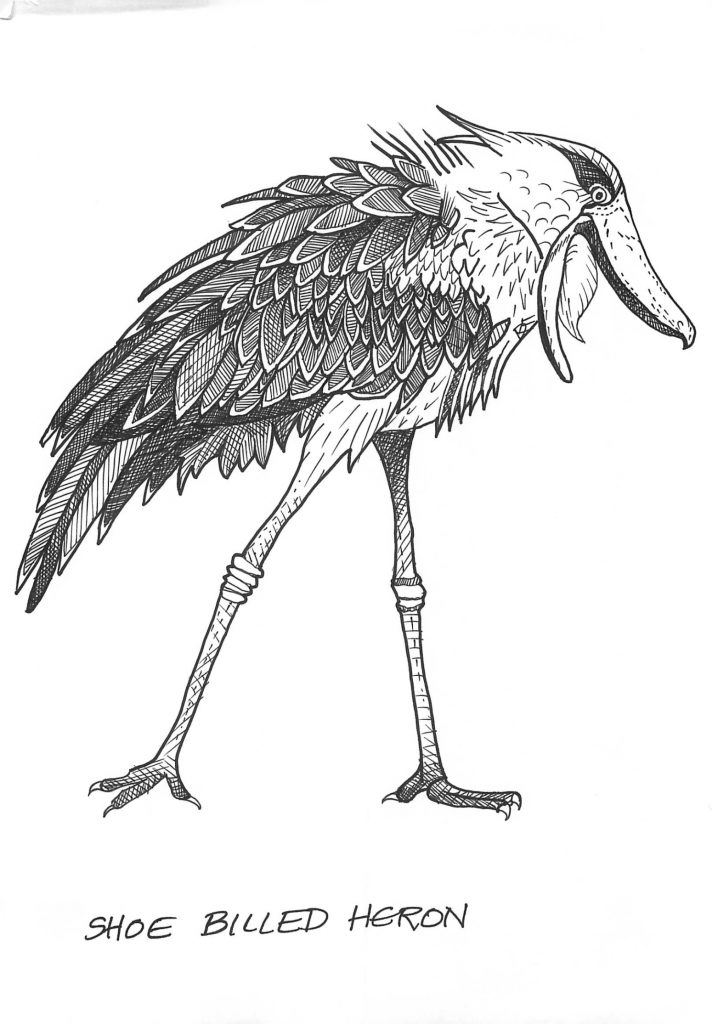 This wacky looking stork-like bird is one of my favorites to draw. Noted for its bulbous bill, the Shoe Billed Heron is endemic to freshwater swamps of central tropical Africa, where there are 5000and 8000 individuals left. The population is rapidly declining due to loss of their marshland habitat from farming, ranching, oil exploration, fires and pollution. Efforts to prevent poaching are underway as part of their conservation. It is surprising that such a large bird can actually fly, but they can, albeit quite slowly and not far. They do not like to mate in captivity (would you?) which makes it hard to protect them. Although they are known for their enormous beak and ability to stare (glare!) for hours, the Shoe Billed Heron is also a show stopper for its height, which ranges from 110 to 151 cm (43 to 60 in), length 100 to 140 cm (39 to 55 in) and wingspan is 230 to 260 cm (7 ft 7 in to 8 ft 6 in).

Did you know: These birds use their droppings to keep themselves cool.

Did you know: Shoe Bills have been known to eat baby crocodiles! Basically, if they can fit it into their bill, they will eat it. 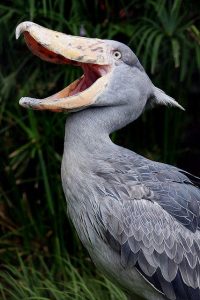