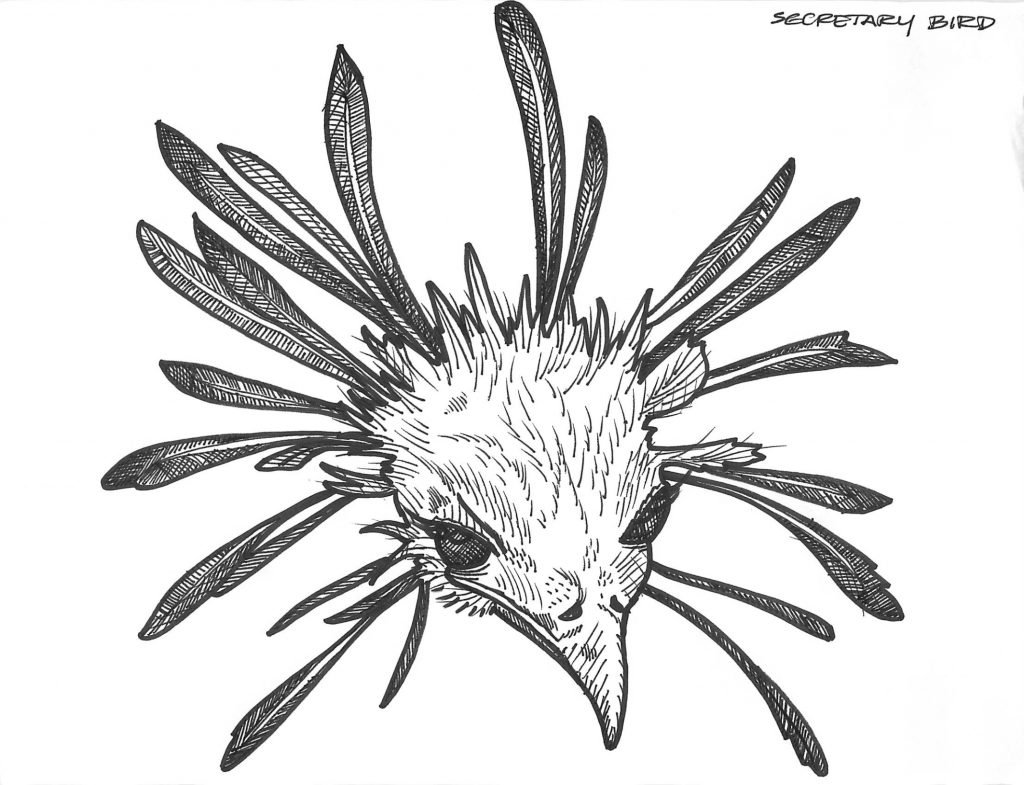 Named for the fictional character created by Victor Mollor, a bridge player. Also named for the appearance of a secretary with quill pens tucked behind the ear. This large, mostly terrestrial raptor is endemic to Africa, where it prefers the open grasslands and savannah of the sub-Saharan region. The population is hard to determine and ranges from 6700 – 67,000 individuals who are all threatened by habitat conversion and hunting. Noted for its unusual appearance, the Secretary Bird can be described as an eagle with long powerful legs which are used to stomp on their prey. The birds are distinctive for long, quill-like feathers that frame their face, a large hooked bill and their height 110 – 130 cm (43 – 51 in) and weight 3.1-4.1kg (7 – 9 lbs).

Did you know: They do a lot of walking and they can travel up to 18 miles per day 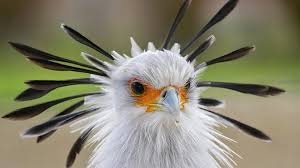 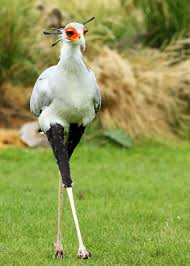