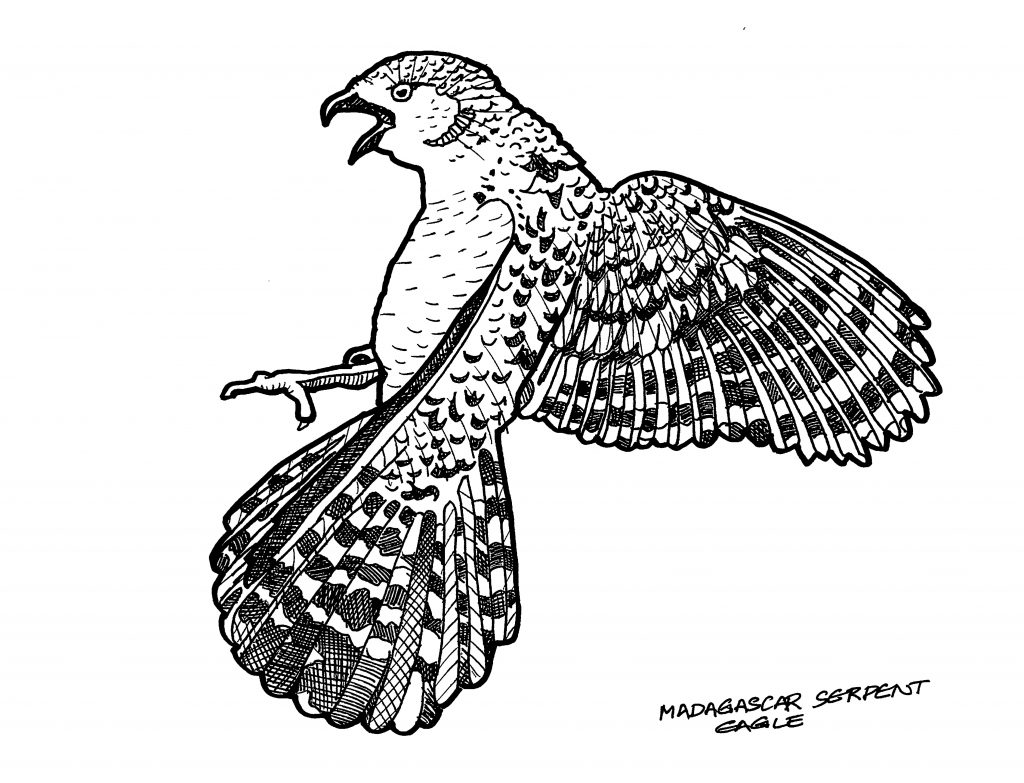 The Madagascar Serpent Eagle is a handsome raptor endemic to dense, humid forests of Madagascar.  Rapid loss of habitat due to deforestation contributed to  near extinction, but efforts on behalf of the Peregrine Fund have brought the species back from the brink. Climate change will also affect the eagle which measures 57 to 66 cm (22 to 26 in) long with a wingspan of 90 to 110 cm (35 to 43 in) and whose population is only 350 – 1500.

Did you know: Despite its name, the Madagascar Serpent-eagle mainly feeds on chameleons and geckos. Snakes make up only a tiny proportion of the bird’s diet. 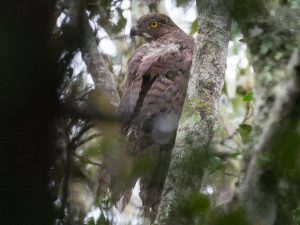