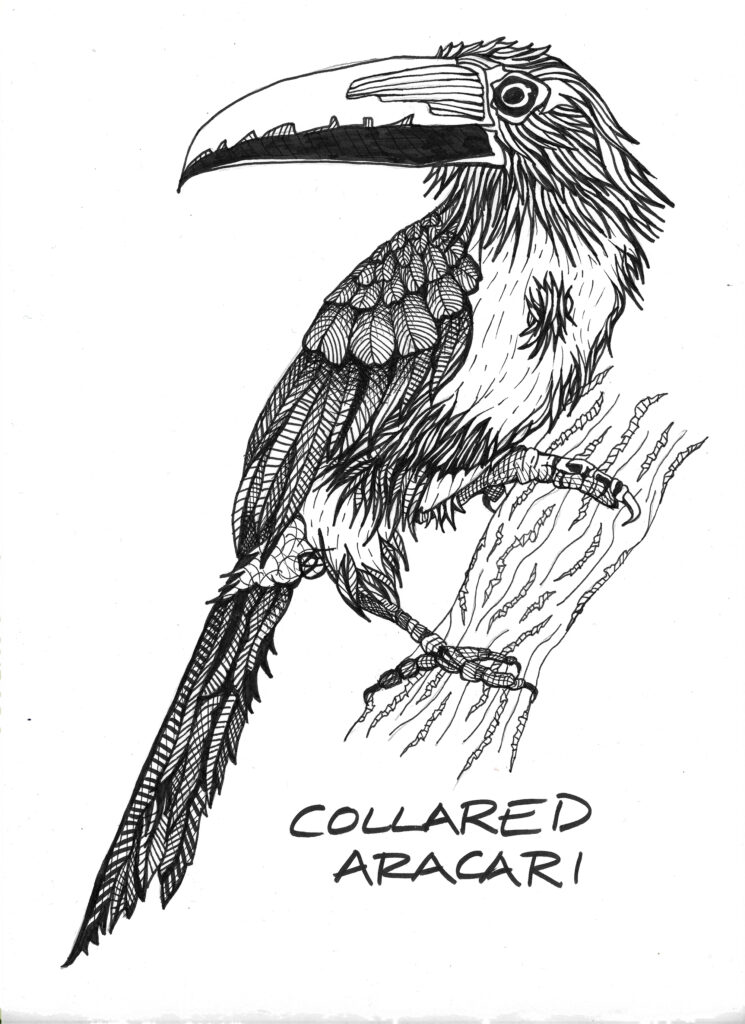 The Collared Aracari live in the tropical rainforests of southern Mexico and throughout Central America. The most distinctive physical characteristic of the Aracari is its amazing beak which are almost a quarter of the bird’s entire body. Aracaris are related to the larger Toucans, but are considered Toucanets. Aracaris are highly sociable and usually found in small flocks that roost communally in tree holes. Young aracaris may be fed by a group of adults instead of just the
parents, which is unusual for birds. 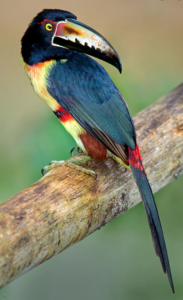 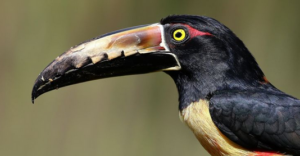