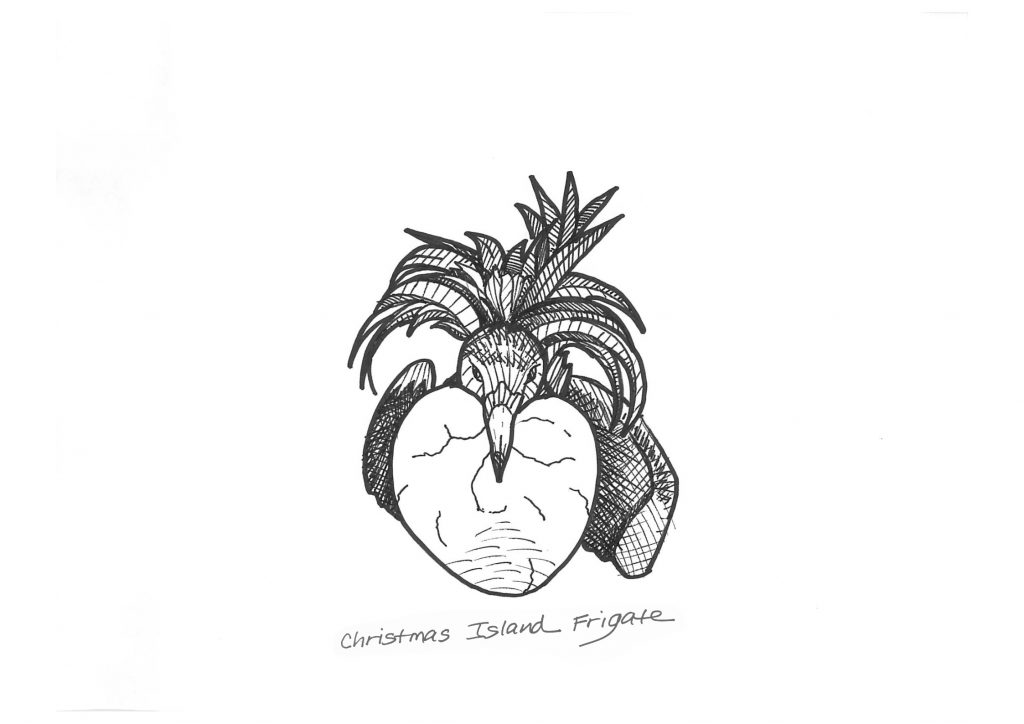 This spectacular large sea bird has glossy black plumage, long narrow wings, buoyant and acrobatic flight, and long bill with terminal hook and is endemic to the Christmas Islands in the Indian Ocean off  the coast of Australia. These birds are usually found in pairs, and it is estimated that only one to two thousand pairs remain on the island. The species is vulnerable to cyclones and forest fires in the area, and introduced yellow crazy ants (Anoplolepis gracilipes) are known to prey on nestlings and alter the island’s ecology. Threats:  hunting, mining, rainforest cleared for phosphate mining, entanglements in fishing materials. They are known as the “pirates” of the bird kingdom because they are known to mercilessly harass other birds, (such as terns and boobies) for the purpose of stealing their food. This aggressive behavior presumably gave rise to the naming of frigatebirds after the early frigate war ships. There are 3,200 – 7,200 individuals left

Did you know: Their prey is caught by “bomb diving” other birds (forcing them to regurgitate their meals) and catching the food in mid-air. Wow! 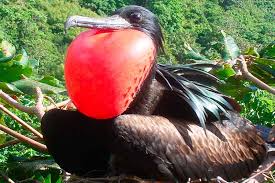